The introduction of safety standards, history and the entities that produce and publish these types of standards:

The importance of safety standards and the definition of it:

Safety standards are important, because of anything relating to human life and the risks that may cause fatal and huge financial loss.

Following safety standards in workplace could prevent tragic events. As they say: “Prevention is better than cure.” This is always true.

Safety has many different definitions. In 1992, the definition of ISO 8402 standard is very authentic: Safety is a situation that the possibility of risk, fatal injury and financial loss is predicted and examined to an acceptable degree.

Despite minimizing the possibility of danger and risk, it’s is not totally eliminated though. Because in real life, this goal is not achievable.  You can only reduce some of the risks and dangers. With the help of risk modelling for dangers and hazards and examining all the possibilities, you can prevent them. Although, some of the minor dangers doesn’t need you to spend a lot of energy, time and money to eliminate them.

The history of safety and safety standards:

At the beginning of industrial revolution in the 18th century, safety issues were mentioned in a modern way. In 1911, in America, the first law of compensation after an accident was enacted. This was when safety gradually, begins to become science-based. In 1912, in America, there was a meeting between engineers and metalworking companies’ experts. This was the first time to look at safety as a scientific matter. In 1919, with the foundation of International Labour Organization, this science attracted more attention. In 1928, after founding The American National Standards Institute, this organization published the safety standards voluntarily.

1941 is a revolutionary year in safety issues. Until then, standards and safety matters were set based on the accidents and hazards.

In this year, with the creation of industries, in which even an error can cause a huge catastrophe, like aviation industry or nuclear industry; the scientist and activists of safety issues found out that it’s not possible to set out safety standards like before. They should have found a way to predict the possible accidents and hazards. In 1970, The Occupational Safety and Health Administration of America was established. After that, in 1978, Canada and then, in 1996, European Union established their own Occupational Safety and Health Administrations.

Iranian Standards Organization was founded in 1304, and in 1339, it became a member of The International Organization for Standardization (or ISO). This organization follows ISO regulations and set the safety standards and tries to carry out the standards.

Introducing the Most Important Safety Standards:

Now, we’ll explain more about these organizations and their safety standards.

NFPA or National Fire Protection Association is an American organization who is responsible to set fire protection standards to reduce the losses and injuries. This organization has more than 70 thousand members all over the world, and more than 80 expert organizations and national institutes cooperate with that.

It also has 230 technical and scientific committees to set fire protection standards. There are more than 300 standards that this organization has introduced. These standards update in three-to-five years periods of time.

Some of the effective British standards are BS EN 1634 Standards. These standards are designed in three parts: Part 1, 2 and 3. They set out the regulations in connection with the equipment to resist against fire and smoke.

The Standards of The International Standards Organization (ISO):

Standards of the European Committee for Standardization (CEN):

CEN standards are mainly related to:

The main goal of this standard is to improve the quality in the mentioned fields and to increase the quality of life in Europe and to result in a better economy situation in European Union.

After the first world war, this institute was established in Berlin and since 1917, it’s continuing its work. But later, it was officially chosen by Germany’s government to be responsible for standardization and carrying out Germany’s standards. DIN is abbreviation of Deutsch Institute for Normalization. The process of registration of standards in this institute is relatively simpler and it’s less complex, compared to other similar systems.

In this standard, all the beneficiaries of the fields, for example: academic personalities, craftsmen, engineers, experts of the related fields and the organizations of consumers rights discuss about a specific matter, and then, based on the results, they create a standard.

Australian Standards Institute has a very strong system to observe and control the standards. It also publishes management systems standards. In connection with that, it holds conferences and seminars and training courses and workshops and at the end, it offers credible certifications to the participants.

In general, the history of safety standards goes back to the years after the first world war. But British Standards have a longer history in producing safety standards. But, since 1917, it developed to the whole world. Safety standards based on their national or international levels, are employed in different countries and levels. And they guarantee safety and prevention of hazards and accidents for human. In some cases, safety standards of a nation are also considered authentic in other nations and the other nations use them, too. For example: safety standards of National Fire Protection Association (NFPA) are practical and advanced. 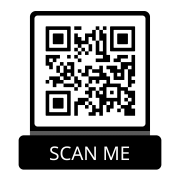